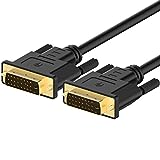 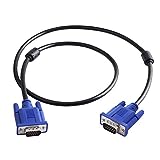 There are many connections to choose from when you connect a device to a monitor or TV. Each connection has its advantages and disadvantages. The most common connections that the graphics cards and monitor support are: HDMI, DisplayPort, and DVI.

When searching for a new graphics card, one of the things to remember is how you are going to connect it to your computer. The increase in monitors resolutions above 1080p and refreshments beyond 60 Hz have made these choices more difficult.

Any choice you will make can result in either a decreasing or rising of your gaming experience. Thus, gamers must know their equipment’s capabilities and make the right choice.

Both HDMI and DisplayPort support 4K resolutions and are different connections. If you’re going to connect a gaming console or streaming device, then HDMI is the right option for you. DVI is a decent choice if you want your high frame rate to be maximized on a 1080p display.

The most ideal choice in connecting computer to monitor is DisplayPort.

DisplayPort is a technology which allows the use of multiple monitors from one cable. With DisplayPort 1.3 you can run two 4K screens at 60Hz over one cable link. Also, it supports HDMI and DVI with an adapter.

DisplayPort is the perfect option for high-FPS or 4K gaming.

DisplayPort can also support audio transmissions, although each product will have a different level of support. Sometimes the video driver would have controls over the audio driver. For you to work, you may need to update your drivers.

Some Apple MacBook users have found that they could not output sound through their HDMI link unless they had an HDMI to DisplayPort adapter.

HDMI is a technology which is able to transfer both video and audio data from video/audio sources to a display. It is a proprietary analog interface that can handle both uncompressed and compressed data. HDMI is continually improving.  Although the DisplayPort has been further ahead of HDMI since DP was first introduced, HDMI allows up to 10K and supports 4K at 240 Hz.

The specifications of HDMI are not very supported by the market since most of the manufactures are restricting the output to 4K 60Hz only. There are older models of HDMI that handle speeds of 120 Hz to 1080p.

HDMI can be classified into three different types: A (standard), B (micro HDMI), and C (micro-HDMI).

Another popular display interface is Digital Visual Interface (DVI). Unlike HDMI and DisplayPort, DVI only transmits video data. And while it is worth noting that the DVI interfaces are one of the most common displays, the fact is that there really is nothing the other two do compared to what HDMI and DisplayPort offer. By the end of this decade, DVI is going to be a common interface to display data.

Even though there are still alternatives, DVI is a good option for gaming. There are two different options of DVI: single link and dual link. Dual-link is commonly used on graphics cards and monitors. There are different types of DVI-connectors including DVI-A, DVI-D, and DVI-I connectors. The DVI-D pin layout is much more popular for device and graphic card displays.

Modarso is a participant in the Amazon Services LLC Associates Program, an affiliate advertising program designed to provide a means for us to earn fees by linking to Amazon.com, Amazon.co.uk, Amazon.ca, and other locales. Our site may contain affiliate links and as an Amazon Associate, we earn from qualifying purchases.